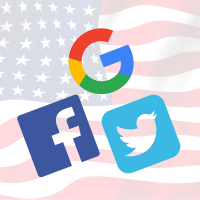 Greater transparency and disclosure in political advertising is democratic. It can improve online political discourse. Facebook, Google and Twitter have taken a step forward with new rules for verifying advertisers involved in federal campaigns, ensuring they’re US-based. So far, so good. Unfortunately, their hurried approach to rolling out these new procedures has been buggy.

Facebook was the first to launch, and their new disclosure practices are probably the least problem-prone, despite numerous errors in classifying non-political ads as political. Google’s time-to-verification has been sluggish and their support team wasn’t ready to handle the influx of confused customer support calls. Worse, Google is actually muddling political ad disclosure. They’re requiring all political ads to display the name of the Google account holder, not the actual entity paying for the ads. Hopefully they’ll soon realize that candidates and issue groups can hide behind an ad agency with this illogical approach to disclosure. Twitter’s process is the latest to launch, and could end up costing them money. They’re requiring each Twitter handle that will be used for political ads to be tied to a verified ad planner. This will lead to unprepared Twitter handles (many of which are created just-in-time for a campaign to launch) and campaign staff who shift budgets to other platforms. They’re also requiring public notary involvement in the verification process–the only one of the three platforms to add such a laborious step.

Most political ads aren’t run by the candidates or PACs that provide the funding. They’re run by agencies, consultants and media planners. Facebook, Google and Twitter will soon realize that these well-intended tools for disclosure and verification need to be updated to reflect the reality of the political ad marketplace. The big tech business model is dependent on automation. Robotic support. Algo-driven ad approvals. They’re even trying to automate the verification for political advertisers. They’re going to discover that a little more human involvement will be needed to perfect these new processes so that they yield the intended benefits.